Monster Hunter World is finally here, and looking prettier than ever. For the first time in 14 years, Capcom’s flagship IP is on the Sony PlayStation, with several new tweaks to streamline the experience for consoles and (eventually) PC. Many Monster Hunter veterans like myself can’t wait to see what the Elder Crossing has in store, but as a community, it’s important to help new players get their bearings.

As Basement Road Show’s Monster Hunter guru, I can tell you that being naked and afraid with Picklebro is never fun, but with this survival guide, I’m confident that you’ll be ready to take on anything. These tips will not only help you get better as a hunter, but others, too. Remember, knowing is half the battle! With that in mind, let’s go over some basics.

In previous titles, monsters could only be tracked if you crafted a paintball and threw it at them. Thankfully, that isn’t necessary anymore thanks to the scout flies. These lovely bugs help guide you towards clues, such as footprints, broken body parts, bodily fluids, etc. By picking up these clues, the flies memorize the monster’s scent, which lets them take you directly to the target. You’ll know you’re onto something when the camera shifts a certain way. Take advantage of these tiny critters to catch the beast off guard!

Preparing for the battle ahead is just as important as the battle itself in Monster Hunter, and items are no exception. Having emergency items like Mega Potions is good, but having raw materials to make them is even better. Here are some materials that you should have at all times, no matter what weapon you’re using:

These materials are crucial for making Mega Potions, Pitfall Traps, Shock Traps, and Well-Done Steaks; which are the bare essentials for survival. You can also make wishlists to let the game craft the items automatically while picking up said materials. Take advantage of this, and you’ll never cart again! 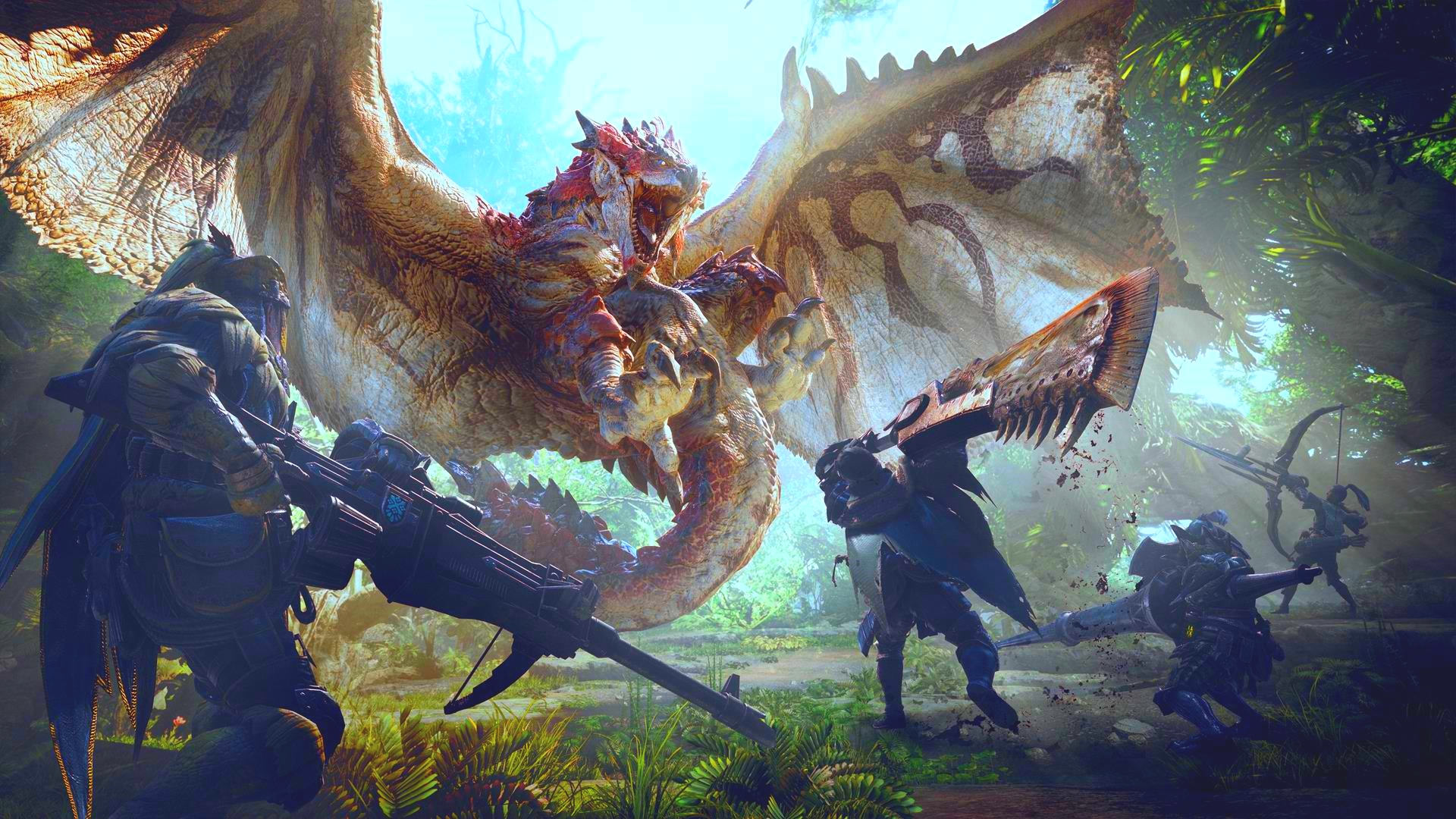 In the olden days, Monster Hunter quests were locked into a specific tasks, such as gathering, hunting, or slaying smaller monsters. In Monster Hunter World, you can finally venture at your own pace, thanks to the streamlined questing system. By accepting Bounties and Investigations, you can complete multiple side quests while hunting the big baddies at the same time. Use this wisely to build your war chest and rack up those materials!

Weapons in Monster Hunter are larger than life, and knowing how to use them is key to completing quests in time. All Blademaster weapons have a lot of recovery frames (i.e. waiting to move after you swing), so timing your strikes is way more efficient than swinging without a purpose. Look at the top right corner of your screen to see what moves strings you can pull off with your weapon of choice. As for Gunners/Bow users, keep an eye on your target reticle. Different ammunition types have different critical ranges. For example, Spread ammo deals more damage up close than from afar, and vice versa for Pierce ammo. Remember to fight smart, not hard!

As for the fourteen weapons themselves, here’s the gist of each weapon:

The Monster Hunter series is unique for not displaying a health bar for the beast you’re hunting, which makes visual cues extremely important. Certain monsters can’t be hit by certain attacks or elements (more on that later) when they’re in an enraged state. This is usually shown by a visual change on the monster’s body. For example, when enraged, all of Nergigante’s spikes turn black, which makes him nearly impervious to all physical strikes.

Most importantly, noticing when the monster is nearly dead is critical to a successful hunt. When the monster begins limping away, it’s at death’s doorstep. If you’re hunting the beast, give it your all and go for the kill. However, if you’re capturing it, lay down a shock trap in anticipation of the monster’s escape route, then put it to sleep with Tranquilizer Bombs near its face. Looking for “tells” is key to a successful hunt! 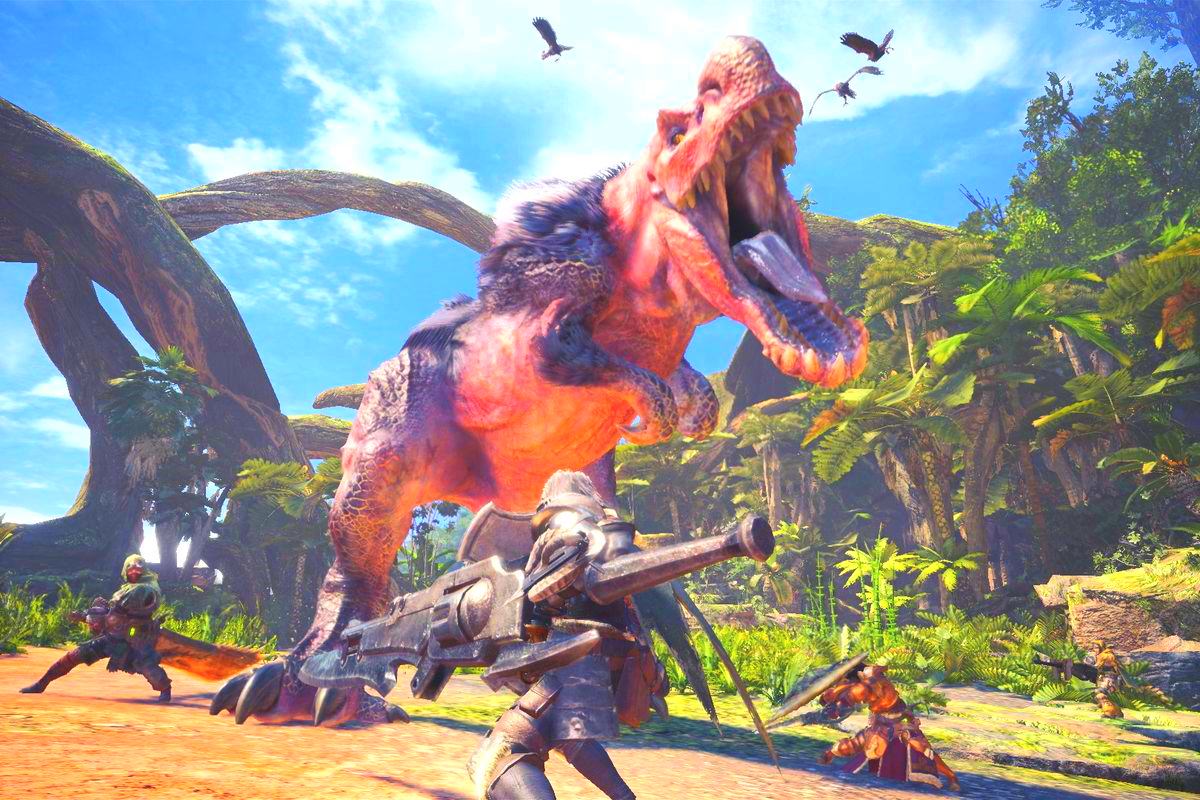 In Monster Hunter, there five main elements: Fire, Water, Lightning, Ice, and Dragon. All of these elements are featured in unique monster weapons. For example, Rathalos weapons have a fire element, while Kushala Daora’s have ice. This goes even further with monsters’ elemental weaknesses, as they can change depending on the beast and the situation. Knowing what element the monster is weak to, and when, will drastically increase your chances of a successful hunt.

However, monsters can inflict elemental damage on hunters, too. These are called blights. Fireblight inflicts continuous damage, Waterblight drastically reduces your stamina recovery, Thunderblight increases the chance of paralysis, Iceblight depletes stamina faster, and Dragonblight temporarily renders your elemental effects useless. Fortunately these can be cured with Nulberries. There are also statuses such Bleed, Sleep, Stun, Soiled, Snowman, etc. Be wary of these deadly effects and use your own to turn the tide!

Having cool armor isn’t everything in Monster Hunter. All armor pieces have certain “skills” tied to them, which gives the hunter a proficiency boost the more you stack those skills. For example, the Rathalos armor set has the following:

You can also use charms to stack skill points on top to boost them further. Or you can add a new skill entirely instead to diversify your set. This goes even further for the weapon that you’re choosing. For example, if you’re a great sword user, craft an armor set that grants you Fast Charge, so you can land your level three charge much faster than usual. Thankfully, you can mix your armor set to make something truly unique, whether it be for fashion or for hunting purposes. See what sets you can come up with to come out on top! 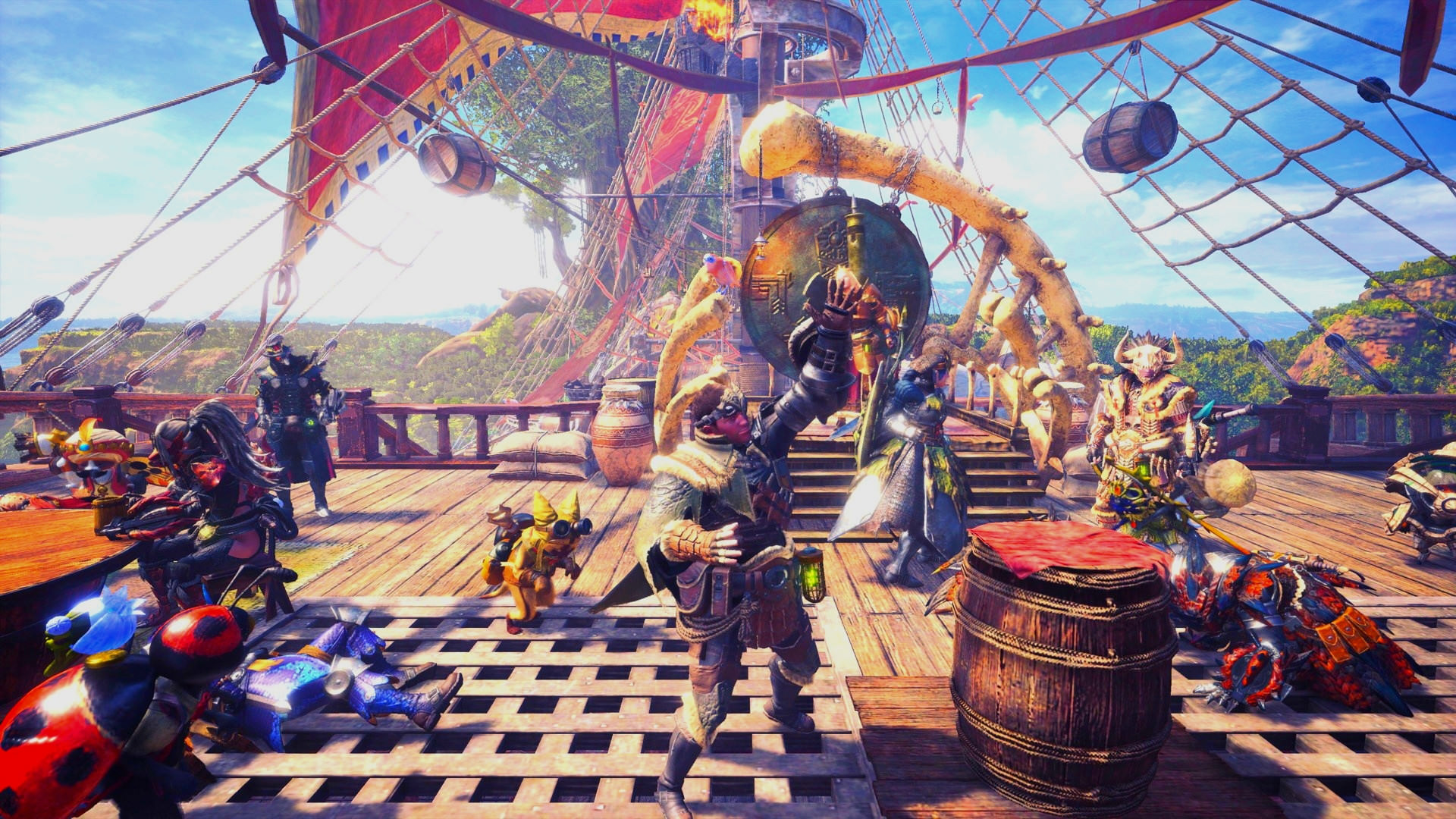 This is one of the most important aspects of Monster Hunter. Your current set may carry you for a bit, but if a hunt is consistently taking too long, it’s time to upgrade your equipment. Thankfully, this is heavily encouraged in Monster Hunter World, because you can now undo an upgrade and get all of your materials back! There’s literally no excuse to experiment and see what new weapons you can create. Every single weapon and armor piece has tremendous potential, so use them to your advantage to shave minutes off of your hunting time!

Hunting with friends is an amazing experience when everyone works as a team. With several new players experiencing Monster Hunter for the first time, it’s paramount to help them, not hinder. Mistakes will be made. Hunts will go wrong. However, bashing players for small mistakes doesn’t help anyone, because team synergy is crucial for record-time hunts, whether you’re a Blademaster or a Gunner.

Blademasters should be aware of other players when striking the monster, because some attacks can trip up other players and interrupt their attack. Designating specific body parts to each member can help alleviate this issue, as it spreads the party out more to avoid tripping. Gunners aren’t off the hook either, however. Certain shots like Wyvern’s Fire, Spread, or Cluster shots can trip up everyone within the blast radius, so warn your teammates before you fire. Lastly, don’t forget to thank your fellow players for the hunt. It’s never a bad look.

That should cover the basics! Our Basement Road Show discord has Monster Hunter veterans and newcomers, too. Feel free to join us for some dank hoontin’, and always remember to praise Desire Sensor!