A handful of us here at Basement Road Show are fighting game junkies who crave for crispy links more than the actual delicacy itself. Antonio Del Valle (ADV) and Christian Vazquez (CV) are no different, and today they both discuss the recently released Marvel vs Capcom: Infinite for our first fighting game review!

ADV: Imagine buying a V10 Lamborghini Huracán with all of the performance the brand name entails. However, instead of the sleek, aerodynamic frame you would normally expect, imagine the entire body replaced with rusted sheet metal and spray painted cork board. Take that mental image, turn it into a video game, and you have Marvel vs Capcom: Infinite. Truthfully, it’s a damn shame that combat director Norio Hirose and his team put so much work into making a product with stellar gameplay, only to have to been weighed down by multiple factors: lackluster presentation, PR mismanagement, and executive meddling.

CV: It’s been quite a ride for Marvel vs Capcom: Infinite‘s development process. Ever since its announcement last year at PlayStation Experience 2016, fans kept their eyes on the title’s progress, and for good reason. The Marvel Vs series is as prestigious as Street Fighter to the fighting game community, so hardcore and casual fans alike were hoping that it would have a cool roster and fun mechanics. Sadly, I have to agree with you, Antonio; ultimately, all fans got at launch was a mixed bag. Infinite‘s gameplay is probably the best Capcom has ever produced in a fighting game. The netcode and lobby system is superb, too. However, the presentation is so lackluster and rushed. It hurts, because I love the crazy shenanigans you can come up with in matches, online and off. 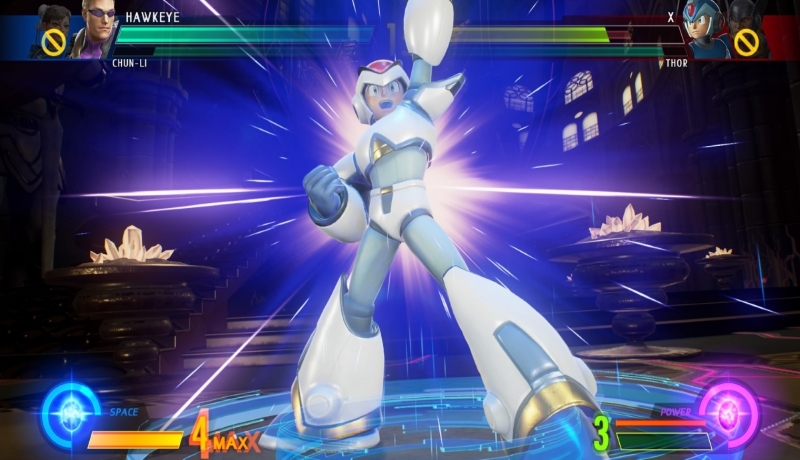 ADV: It doesn’t take an EVO champion to know what the most important part of a fighting game is: the gameplay. Thankfully, this is where the game shines. Infinite feels a lot more fluid in comparison to previous Vs titles. It allows a vast degree of expression when it comes to combos, mix-ups, neutral…hell, with how the switch mechanic works and the variety of what can be done with the Infinity Stones, there’s really no aspect of this game where you can’t freestyle. Training Mode is a big problem with this game, mainly because I don’t want to try to learn how to be good in the game, I just want to spend hours coming up with cool new shit. I think the most impressive part of this new setup is that Infinite does away with many of the traditional aspects of a Marvel vs Capcom game, but still manages to capture the spirit of Marvel so well.

CV: I couldn’t agree more. Like you mentioned earlier, Combat Director Norio Hirose deserves a standing ovation for nailing the mechanics. The control scheme is very similar to Marvel vs Capcom 2, but it takes aspects from Marvel Super Heroes, Marvel vs Capcom: Clash of Super Heroes, and even Ultimate Marvel vs Capcom 3. The best part is that the staff thoughtfully fused these aspects together to work in harmony. It’s clear that Hirose did his homework. My favorite pastime is hitting the lab and going Dr. Wily on creating these crazy combos, especially with the Infinity Stones. I love the fact that they’re all overpowered as hell and crazy fun to use. Although the roster screams “copypasta” at first glance, they’re all completely redesigned on a mechanical level, so they play like brand new characters. The online matchmaking and lobby system is also much better than before. Up to eight players can join and all fight at once instead of sitting there spectating. Best of all, online matches are now best of three, which means no more reloading assets! Finally! 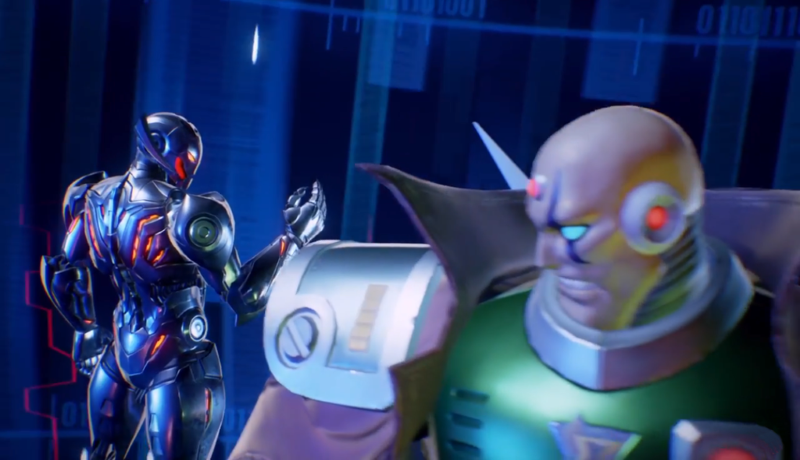 ADV: For as good as the gameplay is (and really, I can’t say enough about it), it’s bad at…pretty much everything else. The character models look very low quality, to the point that multiple people replied to tweets made by Capcom unironically asking if the game was available for iOS and Android. The music feels very uninspired and generic. The menus and UI feel like they may as well have been ripped straight from a Word Document; after having cracked out on Persona 5 this year, having to look at a UI this plain is almost physically painful.

Infinite‘s story mode was a valiant effort, but even that stumbles short of expectations. To be absolutely fair, I fully support story modes in fighting games. It fleshes out the single-player experience and gives people the opportunity to experience the entire cast while potentially finding new favorites in the roster that they would have otherwise overlooked. I’m glad Capcom decided to include that, but my problem is with its poor execution. The pacing is terrible, it’s packed with loading screens that frankly shouldn’t exist, and as a narrative, it does absolutely no justice to either the Marvel or Capcom universes.

CV: As fun as Infinite‘s mechanics are, I agree; it’s ultimately held back by a lackluster presentation and an underwhelming base roster. The game’s development was riding on the edge of its seat, and it shows. The character selection screen is a snooze-fest with hi-res pictures of the characters appearing instead of animated models. Even after the selections have been made, there are literally zero special effects that happen while the players await the upcoming match. It absolutely eviscerates the hype. This is one of the big problems with Infinite, because hype is a major component that keeps the fanbase’s attention. At least make the loading screens fun to look at instead of mundane pictures of the upcoming stage.

Aside from the rushed presentation, the glaring issue with many fans worldwide is the base roster. It features the most questionable choices I have ever seen in the Marvel Vs series. Instead of creating an entirely new cast from the start, they decided to transfer the majority of Ultimate Marvel vs Capcom 3‘s roster instead. Although all of the returning characters play completely different than their previous counterparts, it will be a tough sell for some fans in the beginning. It’s even harder when the characters that fans actually want (Black Panther, Sigma, Monster Hunter, etc.) are locked behind a season pass. This is the monkey’s paw scenario, in which fans have to pay extra to have a truly fleshed out roster. Only time will tell if the characters are actually worth it, but the good news is that all six of them are slated to release before the end of 2017. 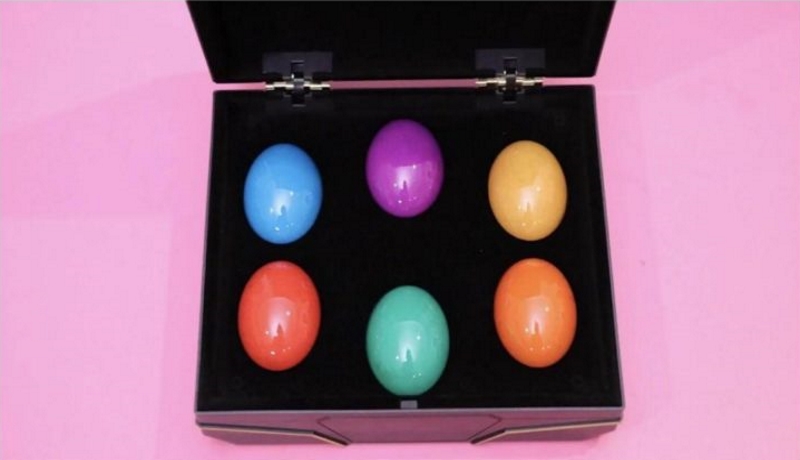 ADV: It’s difficult to talk about Marvel vs Capcom: Infinite without addressing its management building up to the release. I’ve personally never seen a game have so many black marks against it before it even came out in my recollection, and it feels almost criminal to not address it here. The largest hurdle of Infinite‘s developmental process was Disney’s acquisition of Marvel. It’s clear their eyes were all over production, with every single character on Marvel’s roster having a significant role to play in the Marvel cinematic universe. From that perspective, it almost becomes child’s play to deduce that Disney is treating this less like a serious game, and more a walking advertisement for Marvel’s cinematic universe.

If that wasn’t enough, the classic characters like Wolverine, Dr. Doom, and Magneto were excluded simply because they don’t help sell the Marvel cinematic universe. Capcom Representative Peter “Combofiend” Rosas didn’t make things easier for the PR department either. In what can only be described as misstep of epic proportions, Rosas made a statement that the exclusion of these characters was because “[fans] don’t even remember some of the X-Men characters,” and that “[the] characters are just functions. They’re just doing things.” I don’t know if Disney forced Capcom to take that stance, but it seems incredibly short-sighted for a long-time prominent member of the Fighting Game Community to publicly say.

CV: Disney’s hand is definitely seen from the menu screens to the roster preference. It almost seemed like the game was made under three strict conditions. First, the game has to directly tie into the Infinity Wars universe. Second, they had to release it before the Infinity Wars film. Lastly, Disney would oversee production to ensure the conditions are met. From that perspective, Infinite looks like a Marvel title featuring Capcom characters.

It’s discomforting, but there’s another ugly facet about this game’s release: the Collector’s Edition. Fans basically spent over $200 on sub-par statues and a case of non-removable Easter eggs. That’s damn near highway robbery when the preview of the expensive package promised a far better product. The worst part is that preview didn’t display a disclaimer to warn consumers of expectations. Like I said earlier, everything about this product feels rushed. Bad press is the last thing Infinite needs, especially with Dragon Ball FighterZ releasing February 2018. 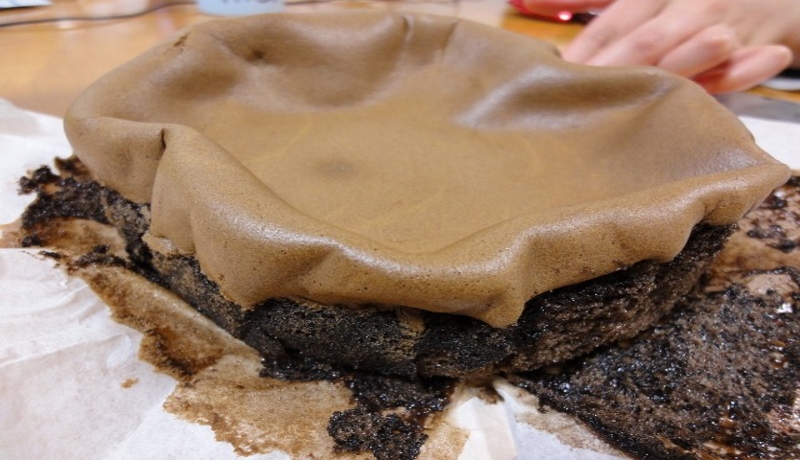 ADV: Buried under the bad press and off-putting visuals is a deep and inspired fighting game that is mechanically sound. It will definitely be tournament viable for years to come. If Capcom and Disney can manage to work together and give this game some much needed TLC (via patches to iron out some of the graphics and UI), Marvel vs Capcom: Infinite has the capability of being one of the strongest fighting games to come out this console generation.

CV: Overall, Infinite is a fun but flawed title. The gameplay is borderline addicting, especially with the fantastic online lobby and matchmaking systems. Although the majority of the roster is from the previous title, they have all been completely retooled, essentially making them new characters on a technical level. The game’s mechanics naturally encourage players to try all sorts of combinations and create their own zany combos. It’s a lot of fun to experiment, online or offline. Unfortunately, the product is ultimately held back by a lackluster presentation and a bumpy development process. Capcom clearly listened to their fans this time, but because of Marvel’s strict condition of the game releasing before the upcoming Infinity Wars film, it’s obvious the project was rushed. In short, Infinite is a half-baked cake that needed more time.